These phone calls consisted in offering home repairs. They called individuals indiscriminately, including those who subscribed to the TPS (Telephone Preference Service), in order to not receive commercial calls.

These registered people, most of them vulnerable, elderly or with health issues, reported to the ICO (Information Commissioner’s Office) that they were victims of these abusive calls.

The ICO discovered that these companies were evading e-marketing legislation, with the aim of obtaining profits.

Some of them were conscious that many of the people they were calling, registered their phone numbers in the TPS, but the companies did not check this registration.

Furthermore, some of them were using different commercial names, which is an illegal activity.

Some companies that evaded the e-marketing legislation making abusive calls

Euroseal Windows Limited made more than 169,000 marketing calls to people registered in the TPS in 2020, without verifying that registration, with the aim of obtaining profits. As a result, the ICO fined this company to pay £80,000.

Posh Windows UK Limited made, between 2020 and 2021, more than 461,062 calls, using details obtained from a data marketing company. This company claimed that it acted in accordance with e-marketing legislation, but was unable to provide any evidence to support this. The ICO fined this company to pay £150,000.

To avoid abusive e-marketing calls, you can register your home number and mobile phone number in the TPS for free. This is a registry that legitimate marketing companies to identify people who do not want to receive marketing calls.

Another solution is to contact the company directly and tell them that you do not want to receive calls from them.

If the abusive e-marketing calls continue, you can then complain to the ICO. In this manner, they will take action on your favour, to stop this abusive marketing practice. 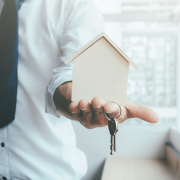 This website uses cookies to improve your experience while you navigate through the website. Out of these, the cookies that are categorized as necessary are stored on your browser as they are essential for the working of basic functionalities of the website. We also use third-party cookies that help us analyze and understand how you use this website. These cookies will be stored in your browser only with your consent. You also have the option to opt-out of these cookies. But opting out of some of these cookies may affect your browsing experience.
Necesario Siempre activado
Las cookies necesarias son absolutamente imprescindibles para que el sitio web funcione correctamente. Estas cookies garantizan las funcionalidades básicas y las características de seguridad del sitio web, de forma anónima.
Analíticas
Las cookies analíticas se utilizan para entender cómo interactúan los visitantes con el sitio web. Estas cookies ayudan a proporcionar información sobre las métricas del número de visitantes, la tasa de rebote, la fuente de tráfico, etc.
Otros
Otras cookies no categorizadas son aquellas que están siendo analizadas y que aún no han sido clasificadas en una categoría.
GUARDAR Y ACEPTAR
Funciona con